Born in Amsterdam, Joël Bons trained in the modernist composition tradition. His teenage years however were steeped in the Beatles, Jimi Hendrix, Frank Zappa and later Stravinsky. He became acquainted with music from all over the world already in early childhood, through the unique record collection of his parents: boogie woogie, Mexican mariachi, polyrhythmic African singing, Indian ragas, the irregular time signatures of the Balkans, plucked chitarrones from Venezuela and pipas from China. He learned to play the guitar, formed a band and wrote music for it. When this became so complex that he could not play it any more, it was time to go to the conservatory. There he studied with Robert Heppener, after which he attended summer courses in Siena with Franco Donatoni and in Darmstadt, visited music festivals in Venice, Donaueschingen and Paris and continued his studies in Freiburg with Brian Ferneyhough. 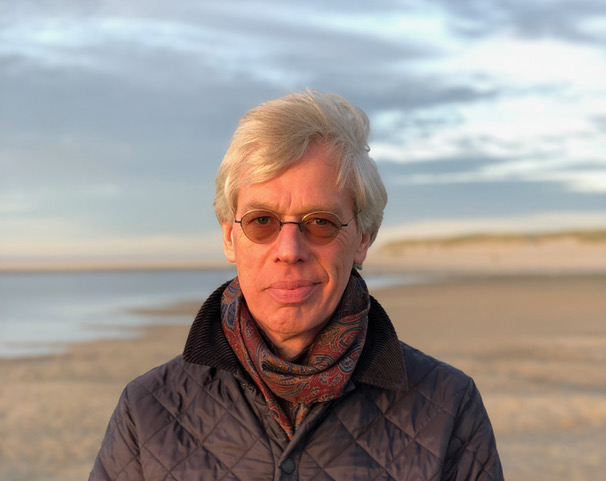 foto: Daniël Bons
Recent compositions
The Atlas Ensemble premiered Bons' Cadenzas in 2010 and in 2011 the Vancouver InterCultural Orchestra commissioned Green Dragon, which was performed in Vancouver, Shanghai, Taiwan and Amsterdam. In 2012 the Nieuw Ensemble performed a programme of his works (Tour, Bref, First Edition among others) entitled The Ark of Joël, which received excellent reviews (5 stars in the daily Volkskrant, 4 stars in NRC and Het Parool). In February 2013 the Atlas Ensemble was ensemble in residence at the Musica Nova Festival in Helsinki, presenting two of Bons’ compositions. Summer Dance for clarinet and piano was premiered in 2014 at the Muziekgebouw aan ‘t IJ in Amsterdam, followed by Revolutions at the Cello Biennale.

In the fall of 2016 the premiere of the large scale Nomaden was a highlight at three festivals – Cello Biennale Amsterdam, November Music and Soundsofmusic. The work was written for and performed by world renowned cellist Jean-Guihen Queyras and the Atlas Ensemble conducted by Ed Spanjaard and received the highest critical acclaim. With Nomaden Joël Bons has won the 2019 University of Louisville Grawemeyer Award for Music Composition. The Award is often referred to as the ‘Nobel Prize of music’.

Spring for Orchestra was premiered at the 2017 ASEAN Music Week in Nanning, China. In 2018 a new large scale work, Thirty Situations for the Nieuw Ensemble, soprano, trombone, jazz drums, electric guitar and electronics was met with great success. Recent commissions include works for Score Collective, Cello Biennale Zutphen and Calefax.

Nieuw Ensemble and Atlas Ensemble
In 1980, Joël Bons was co-founder and guitarist of the Nieuw Ensemble. As artistic director he has since then been responsible for all programming. In 1988 he visited China where he met a young generation of composers (including Tan Dun) and introduced them in Europe with the Nieuw Ensemble. For their ‘markedly lively and adventurous programming’ Bons and the ensemble were awarded the Prince Bernhard Fund Music Prize in 1998.

In 2002 he went on to found the Atlas Ensemble, for which he received the prestigious Amsterdam Prize for the Arts 2005. In that same year he became a lecturer and later professor of composition at the Conservatory of Amsterdam. In 2009 Joël Bons initiated the Atlas Academy/Lab, about which the documentary Imagine Utopia was released in 2012. Bons gives lectures, masterclasses and composition workshops throughout the world.